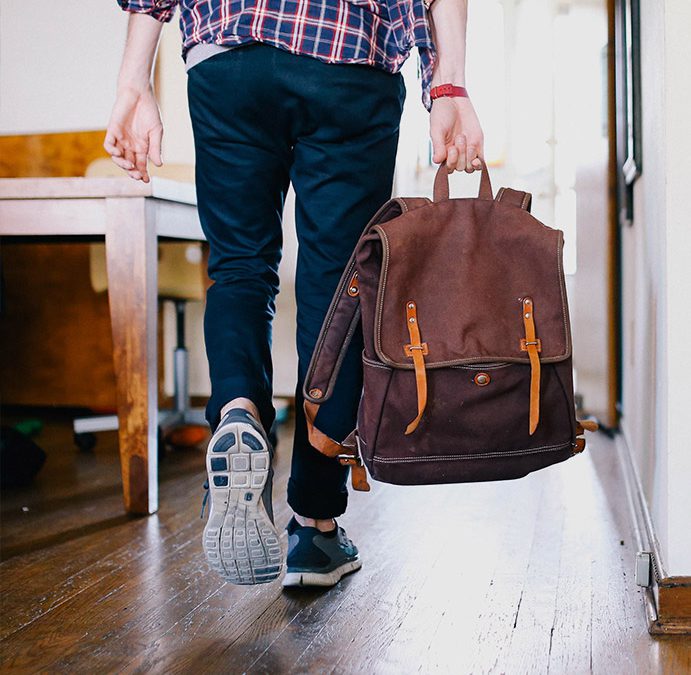 Note: The first part of this story was well received by my generous friends and readers and they showed some eagerness to read the second part and know what would the events be leading to?
Thank you all for your precious time and appreciation.

The three day period elapsed quickly. Lisa spent her darkest days in life, worse than those she had experienced after the disappearance of her husband a decade ago. An unpleasant mixture of insomnia, dejection, and anxiety.

Her husband noticed her miserable state even if she did her best to hide the news. She didn’t tell him anything and preferred to sort the matter out by herself.

A short call from the lawyer took place in the morning of the fourth day. Mr Franklin started the conversation by,

‘I hope you are doing well.’

‘Have you reached a decision?’

‘Yes. I did. I will meet him and I want the meeting to be secret.’

‘We will be waiting for you in my office.’

Lisa reached the office of the Lawyer at 2.55 p.m. She was very worried and edgy. All her concentration was on how her first husband looked at that moment? What will she say to him? Why does he want to meet her although he knows everything about her new conjugal state. However, she felt some love and nostalgia for him as though he had just disappeared and come back. Was her love for the second husband only an illusion that had helped her to face the loss of the first one?
A total confusion took hold of her, but she was brave to face the truth.

As the seconds passed slowly, her thoughts and imagination were focused on one person: the miserable husband who suddenly came back.

The clock struck three and the secretary asked her to head to the office of the lawyer. She knocked and opened the door quietly. Her eyes were looking for her husband more than the lawyer. She said good afternoon despite her uncontrollable panic. She took a few steps forward then fixed her eyes on her husband whose eyes were filled with love and eagerness. He looked thirsty for everything he missed during his period of absence. His unspoken words were strongly expressive and provoking.

Mr Franklin broke the silence and said,
‘Thank you madam for coming. I will leave you alone to talk at ease. I am in the room next to this one in case of need.

The lawyer left the room and shut the door slowly. Lisa was following his steps then turned her face towards her husband. He was staring at her. He said,
‘ Hello Lisa.’

Without saying a word, she threw herself into his arms and started crying. She said in a weak voice,
‘I am happy you are safe. Who can believe it James. It is a kind of fiction.’

Everyone took a seat and let the unwelcome conversation flow. Seemingly everyone knew what the other would say and preferred to avoid being a good listener. However, the conversation was unavoidable. Silence again reigned for moments testing the courage and the steady nerves of each one.

James started again,
‘Mr Franklin told me everything about your life now. I know you have another husband and a son. I also know you are enjoying your days and leading a successful family.’

Lisa kept speechless and didn’t make any comment. In truth, she didn’t know if James was producing some direct and honest speech or some sarcasm.
Despite the years he had spent away from her, his voice still sounded familiar to her and its tone reached her senses. She used to love him and they had gotten married after a legendary love story. His love used to make her submissive to his magnetic personality. He had seen her as the queen of saba who had gotten him imprisoned in her wonderful and limitless kingdom.

He went on,
‘I wasn’t going to see you and tended to avoid disturbing your conjugal life, but there are many things that you should know, and I can’t keep them for myself.’

She interrupted him by saying,
‘You should know how I suffered after your sudden disappearance. I became crazy. I couldn’t succeed to get used to your dramatic absence. You were my whole life, and all of a sudden I found myself alone.’

‘And you found your refuge in another man who helped you to forget the first one, didn’t you?’

‘Not as you interpreted it.’

‘Are there many interpretations?’

‘ Don’t be selfish, you don’t know what I went through.’

‘Selfish! me? How can you dare say such an unjust judgement?’

‘Your accusation is unjust too.’

The conversation was going to turn into an argument, but their love for each other made them aware of the situation; so they stopped for seconds and James resumed his speech,

‘Please listen to me well and don’t interrupt!’

‘As you know, I chose to participate in the peacekeeping mission for 4 years in order to improve our way of living and buy the home we dreamt to have on the mountain. We were forced to sacrifice something, and we opted for a four year sacrifice from our ages.’

‘Please let me finish and I will listen to you. I went to the African tropical forest. I was deprived of everything. You were the only soul I kept in mind and gave me motivation and grit. You were my cause I would always struggle for. Unluckily, unexpected and unpleasant things happened and forced me to stay away, thrown in the unknown. I lost my memory but you stayed present in my subconscious mind. You were the reason for my return. I intentionally and unintentionally fought for you because you were my only vision. You are my soulmate. You are carved in the heart of each cell of my body. When I came back and recovered my memory, I received the mortal blow, and I understood the bitter truth: I had fought the wrong fight and I had lost everything.’

James’ face bore a deep disappointment and grief, with saliva swallowing difficulty, and tight fingers; his body language was offering the opposite of his true feelings. His pride and self-esteem as a soldier and fighter had not collapsed yet.

Lisa was listening and crying. Her tears didn’t stop flowing.

‘ How bad! Your words are so hurting. How can I stand this harsh situation? It is beyond my strength!’ She said.

Paused for seconds to wipe her tears from her eyes with her sleeves, then went on,
‘ When I received the news of your death, the world turned upside down. I was very desperate. Despair and loneliness were killing. My mind couldn’t accept the new situation. I spent months under medical treatment to avoid chronic depression. My family did suffer with me, they made huge efforts to save me. The psychiatrist did advise me to build new social relationships and socialize people to recover my psychological and mental strength. One of those relationships led to my second marriage. Even though you were dead, I never forgot you as you might think. I started a new marriage experience to face isolation and loneliness and survive. Even your mom asked me to do it. I was always faithful to you and I was never selfish. Now you can judge me as you want.’

‘I am not here to judge you. I said what I wanted you to know. You did the same. Besides, I didn’t ask to meet you in an attempt to get you back because for me the fact of having got engaged to another man put an end to our relationship. I listened to you trying to understand and get rid of doubts that settled in my mind. To be pragmatic, everyone has a path to follow and everyone has his share of grief to live.’

Lisa wanted to talk and she stopped, getting aware of the uselessness of what she could add.

James was the first to leave the office.